AUTO-ENGRAIN: "Something can be engrained into your head from an abuser"

Botanist Kate finally decides its high time she laid it all out in therapy! Exploring how a simple thing like an ex can be embedded into the mind so everything becomes automatically engrained as normal… but it isn’t normal, is it? Kate thought so, until now. 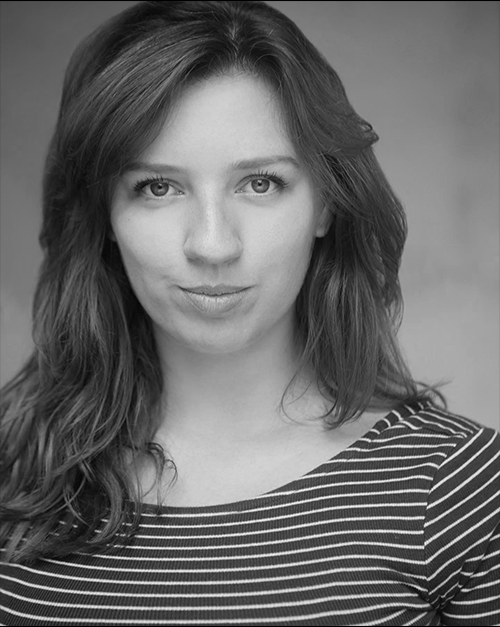 Helena has been working in theatre for the past 10 years. A Londoner born and bred, Helena's passion is in creating work that makes heads turn. A graduate from The Royal Central School of Speech and Drama and resident performer at The London Bridge Experience; her recent credits include Heart of Stone, Bridgerton (Season 2, Mary Wollstonecraft in Mary Mary, D in Astronauts by Alice Birch and Arkadina in The Seagull.

She is really excited to be performing this ground-breaking work and perform as Kate. 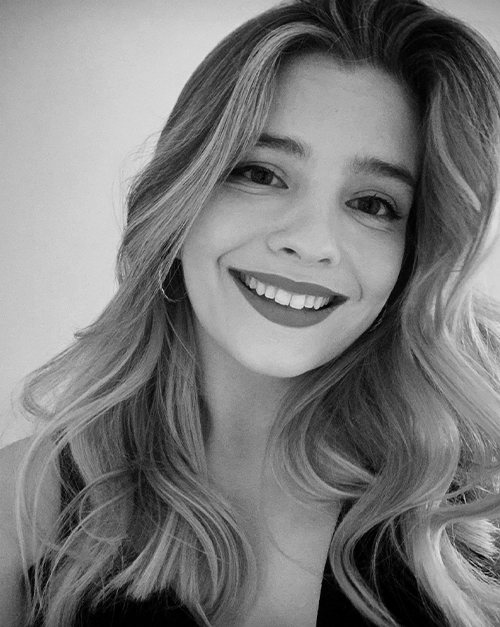 Tabitha is a writer & director who began her directing career in 2019. Having trained with Director's Cut Theatre Company, her work spans a breadth of styles, texts and practitioners. She has worked on classical productions such as Romeo and Juliet, new writing for London Horror Festival and has acted in touring productions with the National Production Company. Most recently she has written the dystopian TV pilot Small Gods that is in early stages of development.

"It has been a pleasure to work on a show focused around such a crucial topic.

As a writer and a woman, I am passionate about stories that highlight the struggles women face in their everyday life, especially ones which are written in such an exquisitely visceral manner. Working with Helena has been an honour, not only to see her express such vulnerability during pre and post rehearsal discussions, but to see her shine in her performance as Kate. This is a show that everyone should see. A show for all who have been subject to toxic relationships, to show them that there is always a light at the end of the tunnel. As Kate would say, growth is not for flowers alone."

💬 What can you tell us about the show?

Auto-Engrain is a one person show first written in 2019 and effectively a 65 minute show with no interval.

Kate as a character analyses things as she goes through a scientific brain as a Botanist from studying molecular activity in plants so she uses those to help sort of understand what she’s been through overall with toxicity.


💬 So your main character Kate: she’s a botanist. Is that something you have an interest in or have a background in?

The way that the botany came into play was when I was writing Auto-Engrain, it was the idea about how an idea can be engrained into your head from someone else like from an abuser, and they make you get to the point where they make you believe everything is true. With that it is like a seed. The play is written into chapters, and it talks from the seed, to the growth to roots to harvest. In your head if you can imagine it as a root in soil format that is how these ideas fluctuate. Then I started to think it would be really interesting to really push that so making Kate scientific and analytical which is a contrast to me; it not only gave her more personality and changes the way she directs her answers but it created a safety net from that auto-biographical point of view. I think its really important when you’re dealing with difficult subject matter you’re close to as an artist you need to create that barrier.

She loves using plant analogy as a way to say how she’s feeling and how it affects her.

💬 And lets talk about the themes: toxicity and red flags – does this allude to a previous relationship?

We see a lot in the news, do you think it’s a topic where we are not addressing the problems, do we need to discuss this differently?

I feel like the world is definitely getting better. The way that the law is changing now in terms of police assistance it is definitely changing for the better. I feel like though with every kind of subject whether it is racism or homophobia, hate crimes you can’t let it go to bed because its never going to fully be resolved, something will always come up. With domestic abuse, gaslighting and coercive behaviour all those levels, if you don’t keep addressing them, people aren’t going to know. Theres a sense of naivety. What I want people to take away from this show is I want people to see the signs. Its keeping that conversation going.

It’s about coming away with an opinion. And a thought process where you think ‘oh I want to talk about this’. Its creating an incentive and a spark in the audience. You can create a small change.