THE MANNY: "You must be getting off with all the single mums...!" 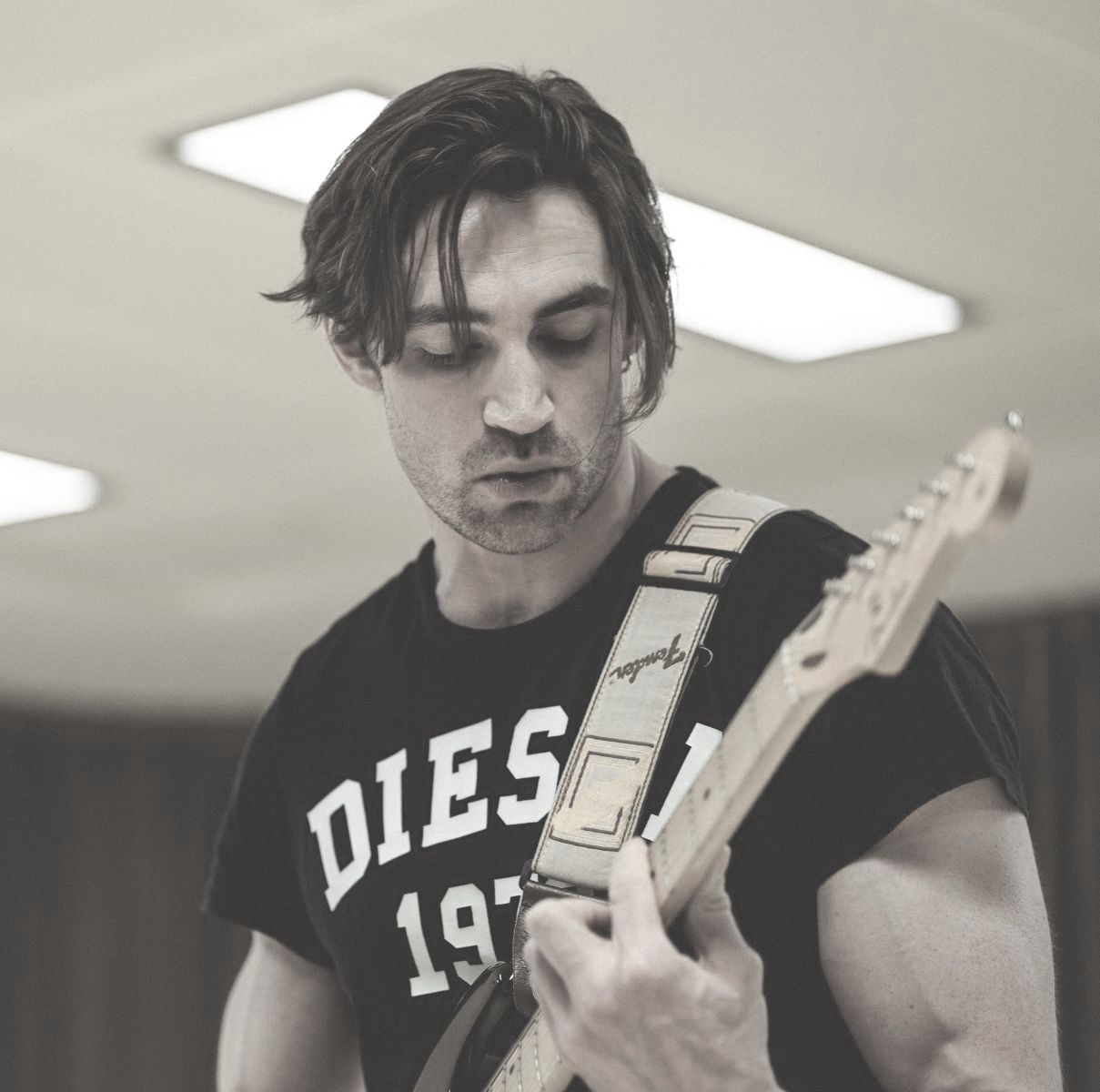 Sam is an Irish actor & writer based in London.

The Manny marks his first play, & is based on his exploits when he was a male nanny working for rich single mums in West London...

(No families were harmed in the making of this play.)

What it’s like being a male nanny for rich single mums in western London?

Coming out of drama school, I was in a fortunate position. I had secured a great agent, had managed to get through three years of training on great terms with my year in the madness that is conservatoire actor training, & was about to do my first job too, a week on Holby City.

But as is the reality for most actors. I was Skint. Broke. Up the creek without a paddle... I needed a job, & I needed one fast.

My flatmate, an actor, was telling me about this fun flexible job he had started. He was a Manny. "What the hell is a Manny?", I asked him as I nervously rationed out my weekly £30 Lidl shopping for the week ahead. He obliged my mountain of questions & gave me the number of an agency that employed him. It was catering for parents in all parts of London, but there seemed to be a high demand particularly in West London (Sloane Square, Notting Hill & Kensington). The families know you’re an actor, so they accommodate your auditions, & the kids just want you to play Star Wars with them, or watch Disney movies. It was coming up to the end of the month, & time wasn’t on my side. I dialled the number…

The agency were kind, supportive & empathetic women. Once I passed the interview stage & passed all the necessary vetting checks, my profile & headshot were on their system. Two hours later, I had my first job. I was off to Primrose Hill to look after two families who shared a gorgeous Victorian house together.

My (ever so slightly bending-the-truth) Manny profile read that I had 10+ years looking after my legion of tiny cousins & nephews, ranging from toddler to teenager & that I was able to cook family meals at the drop of a hat with minimal equipment & recipes needed. In truth, I was the youngest of all the siblings in my family, & my culinary experience consisted of making pasta with ketchup... But how hard could bringing little nippers to & from their football practice be?

From Aug 2013 - Jul 2016, I looked after a range of families for different periods. The jobs could be infrequent depending on your schedule. Some of the families I only worked with for one day. Their children’s personality could range from being a ray of sunshine, to being a walking Durex advertisement. Going into that role, I expected it to be a casual way of making money, & although it could be well paid, it ended up being a whole lot more.

I had never looked after younger siblings before, never had to take care of anyone, make sure they’ve done their homework, that they’ve brushed their teeth or flushed the toilet (yeeesh). I had only ever to cook for myself, so I never bothered to learn to make a meal, beyond the necessary function of feeding myself, & giving me energy for the day ahead.

That all changed with the first family I looked after. Apart from making sure the kids got home from school, it was my job to feed them, and to feed them well. I was handed a shopping list for a Friday night Chicken Roast & marched off to Waitrose. Every week it was my job to get the family dinner ready. Every week I was given a new recipe, a new cook book to peruse over to get inspiration from. The family were American, west-coast, which meant that they were miles ahead of us Europeans (sorry Brexit) at that time, in terms of healthy cooking, meditation & mindfulness. I had to look after two children, a 10 year old girl & a 12 year old boy. They had never had a big brother before, & I had never heard of Forks over Knives. We had a mutual learning curve to go on. Over the coming months, myself & the family formed an unlikely but welcome bond. I had recently disentangled myself from a tricky relationship & had started using dating apps. I had also started teaching the young boy how to shave, & as he was just about to become a teenager, how to talk to girls. It dawned on me one day, that how I spoke about the dates I had been on, or how I spoke to myself when I made an accident in the kitchen, was being directly picked up by the kids. It made me think differently about a lot of things. How I was as a man, a brother, a boyfriend.

“But surely you must be getting off with all the single mums?!”

Whenever I told my mates about the job, it was the first question I was asked. Of course I didn’t do anything unprofessional like that. There was also never any hint of flirting from the women who employed me. But it was an interesting dynamic in how this role of The Manny was viewed. I didn’t find in any way emasculating to be honest. I got on very well with the nippers, who would also help me with my american accent, which I would practise daily with them.

I was sad to say goodbye to that family a few months later when I got an acting job. We still all keep in touch on Instagram & through e-mail. I think one of the main ways we bonded was that we were both outsiders in a foreign land. They were Americans in London, I was an Irishman. We were getting used to a different way of manners, communicating & living. I’ll always be grateful for them for instilling in me a love of Sweet Potato Yams at Christmas-time!

Fast forward to June 2015 & I met another family pivotal to my Mannying days. They were a mother and father team, who had 4 children. Their ages ranged from 7 - 16, two boys & two girls. When I started working for this family, my life was in a bit of a rut. I had been dropped suddenly by my agent (they removed my headshot from the website & didn’t take any calls or emails for 6 weeks before ringing me up to say: "we only work with stars, and we no longer think you’re going to be one." Ouch.

As Ferris Bueller once famously said "If I'm Going To Get Busted, It Is Not Going To Be By A Guy Like That." 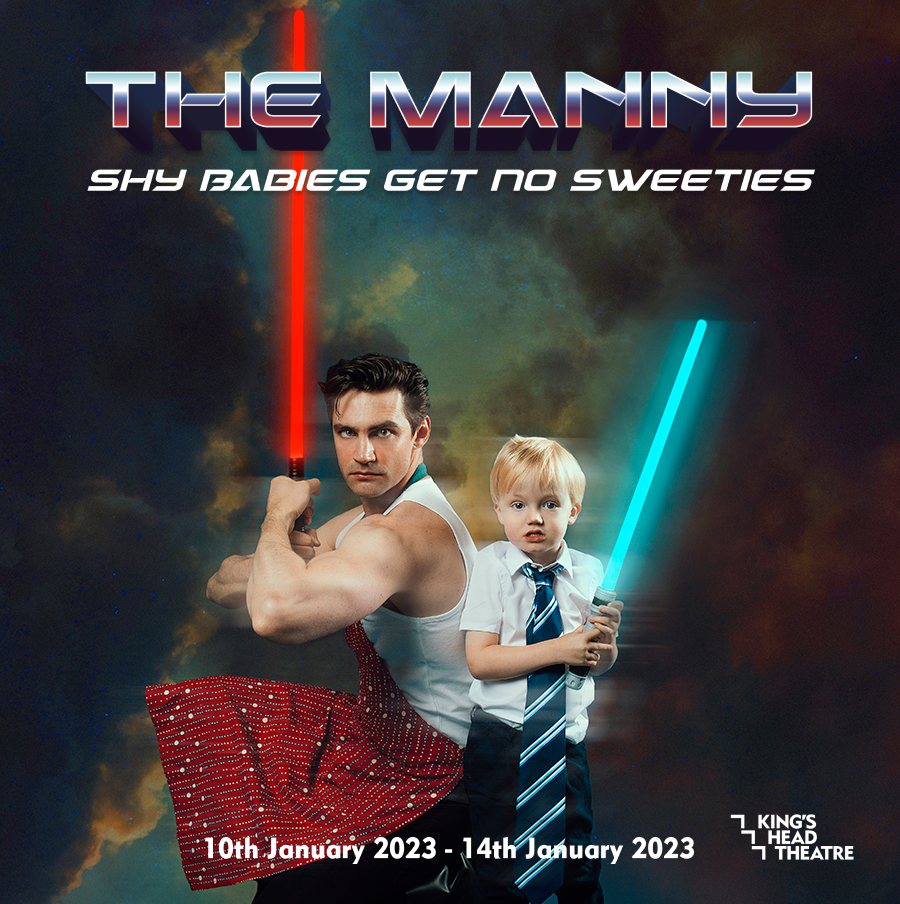 Low on confidence, I started working for the family of four. Within the first 30 minutes of my interview, I got shortness of breath & needed to sit down. Ah crap. Maybe I was more stressed than I thought. The parents sat me down & gave me an ice-cold corona beer. Despite them being Arsenal supporters, I liked them already! Seems like the children liked me and trusted me (I was re-enacting daily Wrestlemania live matches with them), & so the parents offered to help me out. I would work for their company during the day, & then look after the kids in the afternoon/early evening. They would offer me structure, steady income, but also flexibility to still audition. A month later I had an agent. Three months later I was off on tour around Paris, New York and Moscow...

I’ll always be grateful to that family. That routine ended up being a god-send for me. The Manny is a highly fictionalised account of life of a male nanny, with grey morals. It is a character study of a young man entrenched in loneliness, who does not possess the tools to task for empathy & compassion. So he puts up a wall of bravado. It does him well. Until one day when he meets Michael, a seven year old boy who’s far too good at hide-and-go-seek, & Molly, a disillusioned actress selling Beetroot Brownies on Broadway Market. All three will have their lives changed utterly by the events of the play.